Pappy Van Poodle: The Nintendo Character No One Knows

In the Nintendo gaming world, there lie several adorable pup characters, typically from the Animal Crossing. Starting with K.K Slider to Shih Tzu to Isabelle and Jack Russell Terrier, each of these dog breeds have been characterized in the Nintendo gaming series, thereby putting a deep impact in this gaming universe. So, one such famous character is Pappy Van Poodle, who went missing rather unseen/unnoticed and hence, forgotten by the Nintendo users.

Pappy Van Poodle is a dog character which made its maiden appearance on the 3DS Nintendo platform named “Rusty’s Real Deal Baseball”. In this game, Pappy only shows up when the gamer goes to Sport Shack and deals  with Rusty Slugger, who is the Sport Shack shop owner. Pappy is the old friend and mentor of Rusty and he always helps Slugger during difficult times.

Unfortunately, this character went unseen and forgotten by the gamer until Nick Robinson, a YouTuber, posted a content regarding Pappy Van Poodle and how he discovered this character in Rusty’s Real Deal Baseball game. As soon as he found out about Pappy, he put this character, who was otherwise just an obscure role in the Nintendo world, into the limelight amongst the Nintendo gamers and fans.

So, today’s article is all about Pappy Van Poodle, his history, how he went missing, and his Japanese’s version. So, let’s dive in!

Who is Pappy Van Poodle? 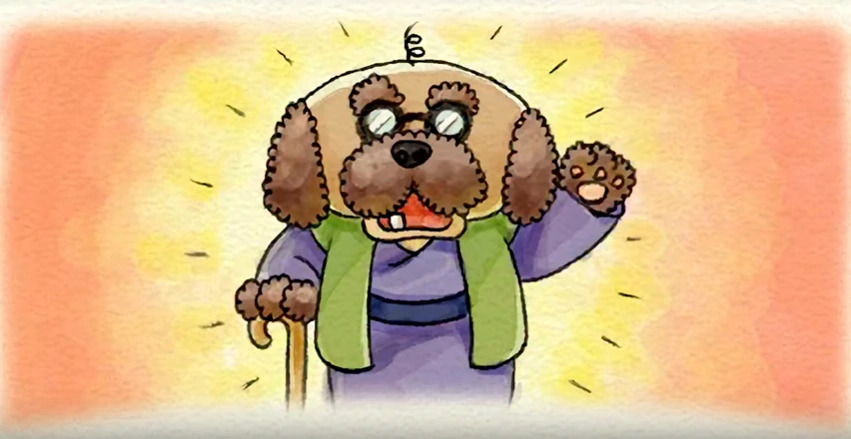 Pappy Van Poodle is a famous dog character who is seen in Rusty’s Real Deal Baseball game  on 3DS Nintendo platform. Pappy only shows up when Rusty Slugger goes through difficult times. He is an old friend and mentor of Rusty Slugger (the owner of the Sport Shack shop).

On the other hand, in another storyline, Pappy describes himself as a father-like figure to Rusty, whom he (Pappy) considers as a son-like figure. Pappy is also an unofficial mascot of Rusty Slugger’s baseball team. Pappy says that once he was so cheered up for Rusty’s team that he ended up throwing out back. Sometimes, Pappy would give flowers to Rusty to express his goodwill , a close bond, and a deep feeling of care towards Rusty Slugger. Although Pappy Van Poodle still remains quite a curious character, one thing can be assumed that Pappy Van Poodle is a nice dog.

The cost of the mini-games started with $4 (USD, in real currency). However, Rusty was quite a layman in negotiating with the customers, so he would give away the mini-games at much lower price. When the cost is low, then obviously people will make use of that opportunity. Well, that is just a fiscally smart decision you can take. In fact, if you agree to pay the full price for the games, then also one of Rusty’s children will show up, reminding you that you can negotiate with Rusty before making the payment. However, this case is also quite rare, where a fiscal decision might be a disadvantage of missing out the scope of meeting Pappy Van Poodle. 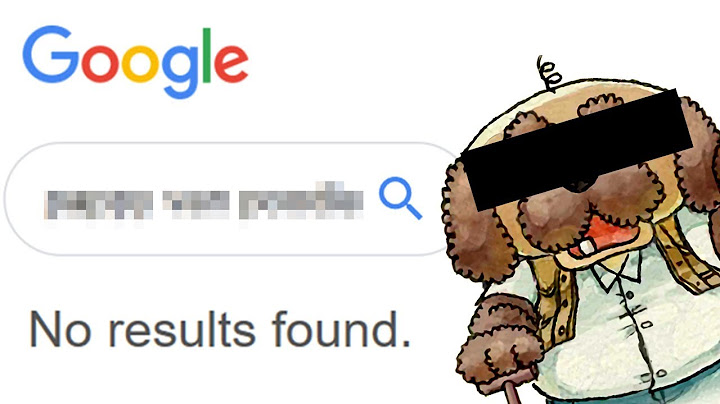 If you have googled for the keyword “Pappy Van Poodle” before 2019, you would have certainly not found any search result. This is proof that nobody earlier thought of searching or posting anything about this Nintendo character at all. Since the launch of this game in 2014 till 2019, the Nintendo gaming fanatics had zero idea about this character that it exists within the game. Pappy’s character got unnoticed and nobody ever was found to post anything regarding Pappy on the social platforms. As a matter of fact, this sweet character went missing from the thoughts and views of the Nintendo gamers for about 5 entire years.

Luckily, things flipped 360° opposite when Nick Robinson, a YouTuber, posted a content regarding Pappy Van Poodle and how he discovered this character in Rusty’s Real Deal Baseball game. As soon as he found out about Pappy, he put this character, who was otherwise just an obscure role in the Nintendo world, into the limelight amongst the Nintendo gamers and fans.

Nick found Rusty once he re-downloaded the Rusty’s Real Deal Baseball game on his 2DS XL Nintendo game player. Then he had the complete access to play the mini-games. However, Nick was quite eager about what next could happen if pays the full amount for all the mini-games rather than bargaining with Rusty for the price drop. That is when he came across Pappy. Later, Nick uploaded a video of Pappy Van Poodle on YouTube telling about hoe he discovered this mysterious sweet character, which then later got the popularity it deserved.

Ever since the YouTuber, Nick Robinson, released an entire video of Pappy Van Poodle, the Internet began to get piled up with thousands of searches regarding this character.  A queue of various topics and discussions encircling Pappy began to appear on various public forums like Reddit, Quora, etc. After this incident on YouTube, several other videos were released by many on YouTube regarding Pappy. Furthermore, there started an online petition where the public demand was to include this mysterious sweet character, Pappy Van Poodle to Super Smash Bros Ultimate.

A crossover action video game was developed by Bandai Namco in collaboration with Nintendo, Super Smash Bros Ultimate which offers the players to purchase Challenger Packs, letting them introduce more fresh characters within the game. On Change.org, a petition has been posted recently, where it requested Nintendo to develop a fresh Challenger Pack and include the most unseen characters of the game into the game, just like Pappy Van Poodle.

It was quite startling how a single post regarding Pappy Van Poodle on YouTube turned into an ocean-size fame for Pappy among people, where it not only got re-introduced but got the honor of inclusivity to an unforgettable extent.

So, yes, you can now say that the return of Pappy Van Poodle has a higher possibility. This character deserves a greater stage and hence a scope for its inclusion in games like Falcon Punch Flame or Link Arrow. Who knows; maybe Nintendo would soon come back with an  adventure game mainly surrounding Pappy as the master character there? What do you think? 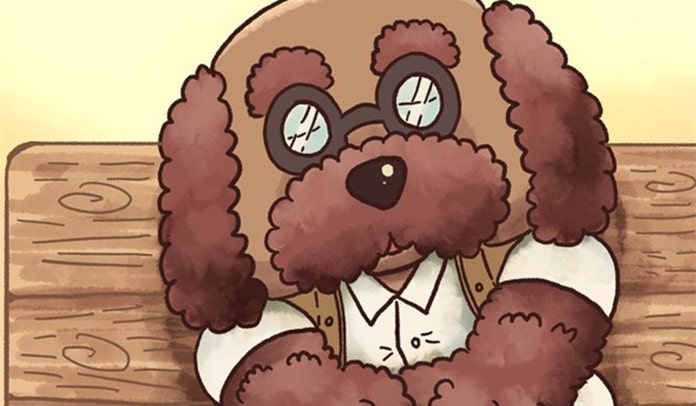 It is really startling to think about the fact that a sweet dog character like Pappy literally went missing from the notice of people for 5 long years. Moreover, it raises several other questions like what other such characters lie within the Nintendo Easter eggs that are yet to discover? Is there also any cat-like character already waiting within the game for the gamers to discover, or to wait until it’s its turn to show up, just like Pappy the jolly dog?

Pappy Van Poodle went unseen and forgotten by the gamer until Nick Robinson, a YouTuber, posted a content regarding Pappy Van Poodle and how he discovered this character in Rusty’s Real Deal Baseball game. As soon as he found out about Pappy, he put this character, who was otherwise just an obscure role in the Nintendo world, into the limelight amongst the Nintendo gamers and fans.

2. Who is the least known Nintendo character?

A dog character named Pappy Van Poodle is the least known Nintendo character since it went missing from the Internet soon after the game was launched.

3. Who is Rusty Slugger?

Rusty Slugger is the most significant character in the game named after him, i.e. Rusty’s Real Deal Baseball. Rusty is the shop owner of Sport Shack (it is his baseball store). Since kids were more interested in playing video games, Rusty began to sell his  baseball accessories at a much lower price than those are

4. How do you play Rusty’s Real Deal Baseball?

This Nintendo baseball game will purposely try to limit the gamers from purchasing the game with the full amount. Still you can purchase it after going through a few warnings. That way you can definitely get access to playing Rusty’s Real Deal Baseball.

How to Pin Someone on Snapchat Android? Easy Guide 2023