MediaTek Vs Snapdragon- Which One Is Better? Full Guide With Pros And Cons 2023

Undoubtedly, a “processor” is one of the complicated components of tablets and smartphones. Hence, it is also considered as the brain of any digital device. It won’t be justified to call it a “processor” because it basically handles the entire working/functioning/ purpose of a device. This is the reason why manufacturers use the name; System on a Chip (SoC) more frequently as it clearly explains the functioning or the utility of a specific device.

So, to sum it up, a processor or (Central Processing Unit) is a logical circuitry which responds to and executes the basic commands to drive or function a computer. It is considered to be the most crucial and primary integrated circuit (IC) chip in a computer as it is accountable for interpreting most of the computer instructions.

In this digital era, the smartphone enthusiasts always look for the type of processor that the phone is manufactured with. A processor that ensures durable battery life and quality performance is an idle choice for all. Considering this choice, there are two such leading chipset manufacturers in the market and those are;  Qualcomm Incorporated and MediaTek Incorporated. Concerning their market shares, both the manufacturers are leading the race with both being accountable for more than 50% of the smartphone app processor market share incorporated.

Note: Qualcomm Incorporated provides the Snapdragon series of processors, whereas  MediaTek Incorporated provides Dimensity and Helio lineup. However, the former chipset manufacturer is more successful with its series, securing its victory in designing with major smartphone companies outstanding to its increasing share at Qualcomm’s expense.

Therefore, now your query could be which chipset manufacturer you should consider: The MediaTek or the Qualcomm Snapdragon? Well, to clarify that, we have compiled all the possible information related to these two processors that you will shortly learn from this article as you read through further.

This article will give you a clearer understanding of the:

Presently, Qualcomm Incorporated is leading the market of mobile processors. The best flagships of Android in the market are run by the high-end processors of Qualcomm from its Snapdragon 8xx series. Qualcomm’s domination caused MediaTek to exit its high-tech mobile chipset segment in the year 2017, post-releasing the Helio X30 processor. And now, MediaTek is again at its highest endeavor to return with the Helio G90T chipset. As a result of which, MediaTek is comparatively at a disadvantaged stage and has to come across a series of prejudices to get back to where it was before.

According to the recent research conducted by Counterpoint; an international analysis firm, a major part of the smartphone brands are depending upon MediaTek’s lineup to run their budget-friendly tablets and smartphones.

What is MediaTek? What are its characteristics?

MediaTek Incorporated is headquartered in Hsinchu. It is a Taiwanese fabless firm of semiconductors that offers processors which are the fundamental components of most electronic gadgets around us including TV, smartphones, computers, tablets, navigation systems, multimedia devices, and more. A processor, as mentioned earlier, handles every functioning of a device, starting with its battery longevity to its performance. MediaTek is the fourth largest chipsets manufacturing company.

The versatility of MediaTek chipset is beyond your expectations as this humble processing chip is used in: hand-held mobile devices, Android tablets, DVD players, smart TVs, and any electronic device that you can think of. MediaTek processors are quite commonly used due to which, you can expect to find it in at least one out of three devices in the globe. These processors are the epitome of perfection in balancing price, performance, power, and connectivity.

MediaTek gives a new essence of life into the smartphone processors by turning the device more responsive and prompt to instructions/tasks, extending durability of battery, and dilly-dallying with Artificial Intelligence. The ultimate aim of MediaTek is to make sure that even mid-level devices feature high-end properties, thereby making accessibility to advanced technology a dream come true to many people.

Home equipped with smart devices is the craze these days. Reliable and smooth connectivity is the key to binding high speed, brilliant sound features, and ultra HD videos together. And, what makes a smart home even smarter is the features powered by high-end AI technology with Edge AI’s help,  which is nothing new to facial and voice recognition, dynamic intelligence, and many more.

The idea of self-driven cars is much closer to come true than the reality that dinosaurs ever existed. The next venture of MediaTek is the quest for such automotive resolutions which involve near and long range interconnection solutions, sensors, and machine learning.

Added to that, the recent launch of Helio G series processors of MediaTek has taken the competition to another level up, typically with its appearance in the mid-category smartphones, which offer amazing features like trusted, seamless connectivity, pose tracking, smarter display, uninterrupted gameplay, reasonable visual quality, etc.

In 2019, MediaTek stepped in the 5G race with its Dimensity 1000 chipset release that provides a brilliant  integrated 5G+5G dual-SIM and 5G modem. It is all set to establish barriers between home, mobile, and auto dissolve into the wide universe of www.

The main plus point of MediaTek’s over Qualcomm is the cost which is roughly two times less in case of MediaTek’s product while assuring the same performance as Qualcomm. However, the rapid heating of the MediaTek chipsets is a hard hitch.

What is Qualcomm Snapdragon? What are its characteristics? 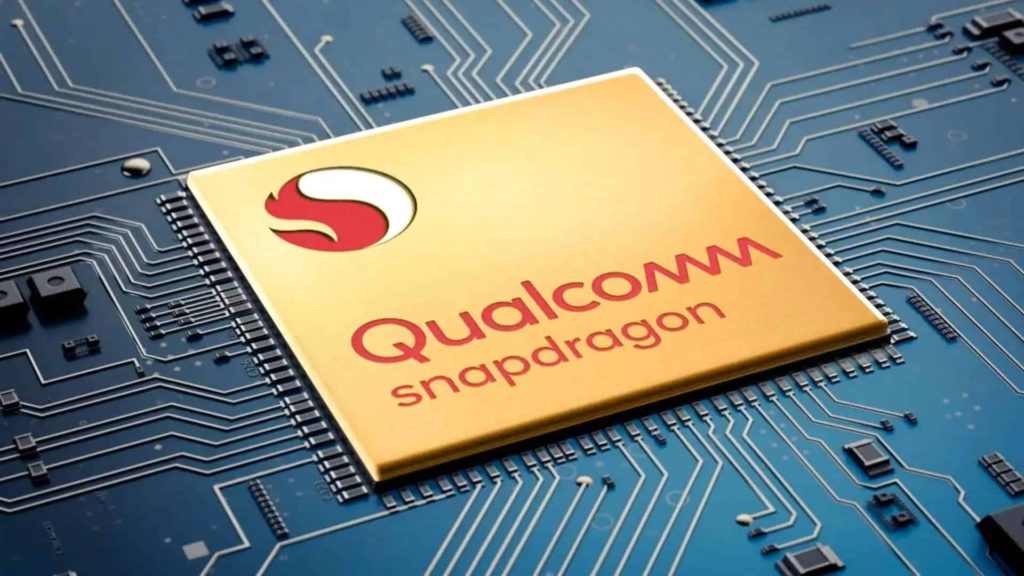 Qualcomm Incorporated designed and marketed Snapdragon, which is a package of SoC semiconductor products made for mobile devices and it includes a cellular modem, GPS (Global Positioning System), and a GPU (Graphical Processing Unit) integrated into a single unit. The chipset also includes software functioning graphics, taking pictures, and videos. The central processing unit (CPU) of Snapdragon’s follows the ARM architecture.

Moreover, Qualcomm frequently considers Snapdragon as a mobile platform. In fact Snapdragon series of processors is what the Qualcomm Incorporated is famous for. There are overall 23 different types of Snapdragon processors falling under the 200, 400, 600, 700, and 800 series ranging from low-end  to high-end, respectively. Apart from being used in smartphones, the 400 Snapdragon line-up series is also integrated in smartwatches and the 602A is meant for the electronics cars.

Currently, Qualcomm Incorporated holds 65% of the 4G LTE share of the market and is typically dominant in China, where its chipsets are used by the top five global manufacturers including Lenovo, Xiaomi, TCL, Huawei, and ZTE.

Comparison between MediaTek and Snapdragon

Now let’s get deeper into the factors differentiated in the above tabular representation:

Both MediaTek and Snapdragon are multi-core chipsets (1-2-4-6-8-10) and (1-2-4-6-8-10-12). MediaTek began its trial production of 12 core-based processors. However, you should also know that it is less important to know how many cores are used and more important that how the cores are actually impacting.

In terms of CPU, there is hardly any difference in CPU between MediaTek and Qualcomm. However, it is certain that the graphics portion from Adreno’s GPU is better, installed in the Snapdragon SoCs of Qualcomm. This is typically observable in the high-end segment. The difference in the performance of GPU is less visible in the mid-level and low-range  segments.

MediaTek processors consume battery power more frequently, resulting in low battery life. Although the company is trying to come up with more improved energy-efficient, power-saving processors, it still seems to lag behind Snapdragon SoCs of Qualcomm’s.

Considering the performance, MediaTek’s chipsets give solid performance and their multi-core processors allow performing thorough and heavy taska followed and are also good at multitasking. However, Qualcomm’s Snapdragon processor ensures better performance when it is multitasking and can handle heavy, intensive tasks followed by gaming.

Generally, both MediaTek and Qualcomm have high processing power. However, the comparisons between MediaTek processor and Qualcomm Snapdragon are majorly followed in battery consumption factors, i.e. energy efficiency and endurance.

All in all, if you ask for a singular verdict, then Qualcomm’s Snapdragon is more reliable and powerful than MediaTek processors. However, MediaTek is otherwise a cost-effective variant.

Lastly, here are the three takes you can pick as per your requirement:

1. Which one is better for gaming (MediaTek vs Snapdragon)?

If you are a hardcore gamer, then MediaTek (Helio G-series chipsets) is better than Qualcomm Snapdragon for gaming.

2. What is the main difference between MediaTek and Snapdragon?

Refer to the below table to understand the main difference between MediaTek and Snapdragon concerning the following factors:

3. Is the MediaTek processor good for the long term?

Without a doubt, MediaTek processors are definitely the long term choice as these chipsets are capable of ensuring brilliant performance throughout their application.

4. Why is MediaTek cheaper?

MediaTek is cheaper because it designs affordable chipsets for the internal system like smartphones, watches, etc.

Pappy Van Poodle: The Nintendo Character No One Knows